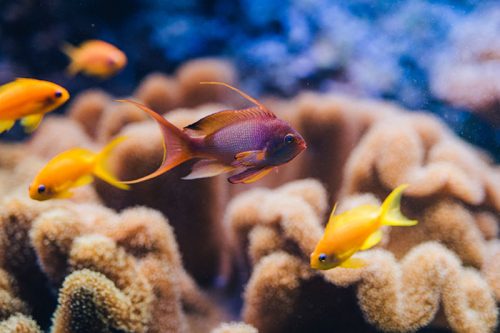 The Sea goldies are found in large clusters around reefs. They can often be found near shipwrecks. Antias changes sex, which – according to the observations of biologists – is not uncommon among marine fish. All Sea goldies start their lives as females. As they grow up, some of them become males and form specific harems. When a male dies, within three days the strongest female can change sex to replace him. This is a phenomenon called protogyny. Some individuals change sex and become males as they mature. You can notice a pronounced sexual dimorphism; the male reaches 15 cm and is the color of fuchsia, while the females are two times smaller and are colored orange.