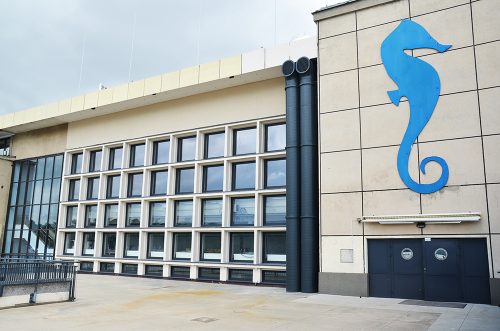 The Gdynia Aquarium is part of the National Marine Fisheries Research Institute. Our mission is to present aquatic species from around the world, as well as to transfer knowledge about the aquatic environment. The Gdynia Aquarium is a rather unusual zoological garden, in which all animals are bound to the aquatic environment, and in which the entire surface is enclosed in one building. However, despite this uniqueness, the Aquarium fulfills all the functions of a modern zoological garden, undertaking actions for the animals protection, propagating the ideas of environmental protection, conducting broadly understood ecological education and scientific research.