The Ministry of Education and Science, as part of the “Social Responsibility of Science” program, granted the Sea Fisheries Institute – National Research Institute a grant for the implementation of the project entitled “Baltic Scientist – series of films popularizing science about the Baltic Sea for school children”. The task is coordinated by the NMFRI Gdynia Aquarium. 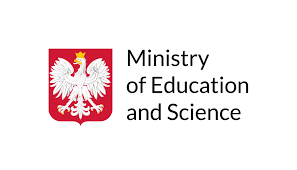 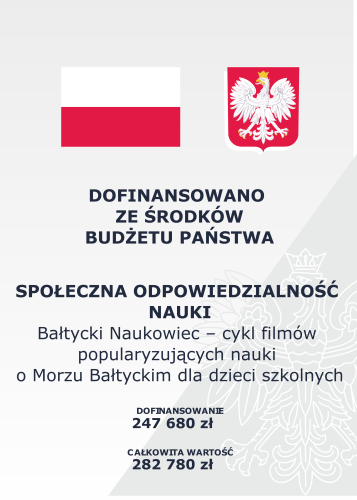 What will be created as part of the project?

The project will include the production of a series of 12 films, i.e. popular science video reportages for school children. The films will take the form of “meetings with scientists”. The next episodes of the Baltic Scientist will be a modern way for oceanographers to reach young recipients with knowledge in the field of “science“.

Who will appear in the movies and what will it be about?

Scientists and people related to oceanography will talk about the issues related to the Baltic Sea, their work, research and the devices to carry it out. The camera will also visit a research vessel sailing on the waters of the Baltic Sea.

Who will the films for?

From when will you be able to watch movies?

The films will air with a frequency of 1 episode every month, starting in April 2022 and ending in March 2023.

Where will the films be seen?

What are the titles of the individual films?